Is neem oil really 100% effective as a natural mosquito repellant? Let's look at the research...

Neem's natural mosquito repellent properties are an important weapon in the fight against malaria in third world countries.

Malaria is a big problem in tropical regions, and that is where neem grows best.

Neem is widely established so it is easily available and—most importantly—it works.

You have two main options for using neem oil to repel mosquitoes naturally:

You can use neem as a personal mosquito repellant (product link) on the skin, or you can burn it, for example as incense, or by adding neem oil to citronella flares or kerosene lamps.

Research on neem as a natural mosquito repellant plant

Here are results of some of the field studies that were done on the natural mosquito repelling action of neem oil:

(As for the safety of this method, another 1996 study by the Malaria Research Centre in Delhi, India tested the effects of kerosene lamps with 1% neem oil. Clinical examination of 156 adults and 110 children did not reveal any major adverse effects after one year of exposure to 1% neem oil.)

What does it all mean? Is neem oil an effective natural mosquito repellent?

Well, it depends what species of mosquito you are dealing with. For malaria protection neem oil is fantastic. If you combine the 96-100% protection rate of the home made mosquito repellent with burning some neem oil when sitting outside and wearing sensible clothing, you are well protected indeed.

But take for example the common house mosquitoes in northern America. They are a culex species, and neem's effectiveness against culex varies. The number of bites will be greatly reduced, but you probably still get bitten.

So to make an educated guess how effective neem oil will be, it helps to know what mosquito species are common in your area or in the area you want to visit. There are many different kinds of mosquitoes and they are specific to different regions.

Another way to determine how well neem oil works for you as a natural mosquito repellent is to simply try it out.

And now to one important caveat. The only studies that showed significant protection from mosquito bites through neem oil, were those that used the neem oil in coconut oil mix. Rubbing pure oil on your skin is not the most pleasant sensation in hot an humid climates where mosquitoes are most active. Oh, and neem oil does not smell of roses!

Several companies offer personal neem outdoor sprays like this or this. They may not necessarily use neem oil, as neem leaf extract has similar properties though it is not as powerful as the oil. Those outdoor sprays do offer some protection against biting insects in general. The neem leaf is also wonderfully soothing for skin that is irritated from the heat and insects.

But realistically these sprays do not offer quite the protection that you would get from a neem oil/coconut oil mix. You can not expect them to perform like a DEET containing mosquito repellent. Also, just like other natural repellents those neem sprays need to be applied frequently whereas DEET lasts for many hours.

But there are times of the year where the mosquitoes are REALLY thick. (I live in a tropical area.) During those times I make sure I also cover up from head to toe, avoid the wettest and most overgrown areas in the garden and avoid being outside at dusk and dawn. I will still not put any DEET on my skin. That stuff in my opinion is far too toxic to use it regularly.

Don't count on neem natural mosquito repellent to perform a miracle. But use it right (i.e. using the coconut oil/neem oil mix, or using a spray and applying it regularly, and also burning neem in a lamp, candle or flare) and combine that with other common sense measures, like covering up and using mosquito netting, and there really is no need to put DEET on your skin. 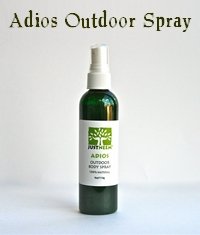 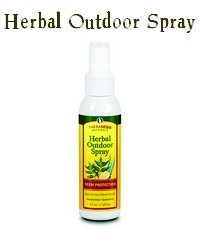 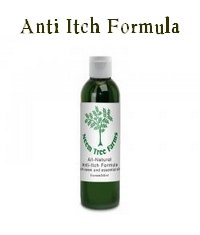 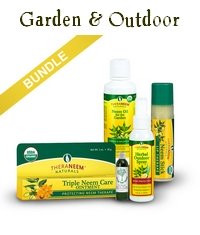