What Is The Neem Plant And How Is It Used?

In India the neem medicinal plant is highly regarded
because of its many uses and benefits.

The neem plant is a fast growing and long living tree, native to Burma in India.
From there the neem tree has spread and is now grown all over the world.

In India the neem medicinal plant is highly regarded because of its many uses and benefits... 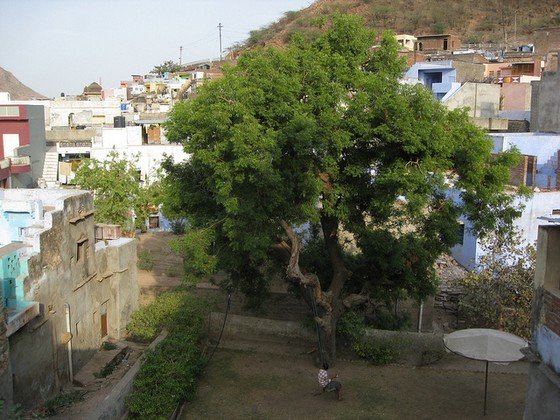 Neem tree in the backyard of an Indian guest house.   Photo: taylorandayumi.


However, the rest of the world is still unfamiliar with it. Unfortunately.

Neem is a fascinating and versatile plant and using neem has many benefits.

All parts of the neem tree are useful, and on this page I tell you how and why.

Were you looking for growing information?
That's here: growing neem plants and how to grow neem as a house plant.

Using The Different Parts Of The Neem Plant

The most widely used parts of the neem tree are the seed kernels, the leaves and the bark. 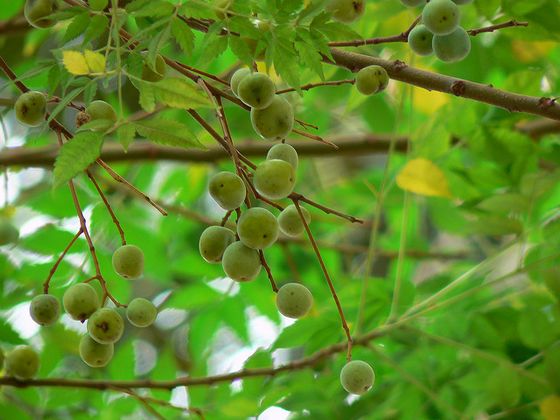 The fruit of the neem plant looks a lot like an olive. The flesh surrounds a seed that contains one or several kernels.

Neem oil, the most popular neem plant product, is made by pressing the neem seed kernels.

The kernels can contain as much as 50% oil.

In the Western world the seed oil is mostly known and valued as a safe and effective insecticide. Neem oil is very popular with organic gardeners.

It is also used as a natural insect repellent, a safe and more efficient alternative to the harmful DEET.

Neem seed oil is also an ingredient in many skin care products. In India most of the neem oil is used in neem soap, but there are also neem shampoos, lotions, creams etc.

Besides that the oil is valued for its huge range of medicinal uses. The seed kernels contain the highest concentration of active substances in the neem plant. Pressing them for oil is one way to get at them, but you can also make various extracts from the seeds.

A warning: the seed oil can be toxic and should not be taken internally!

You can read more about neem oil and its uses and benefits here. 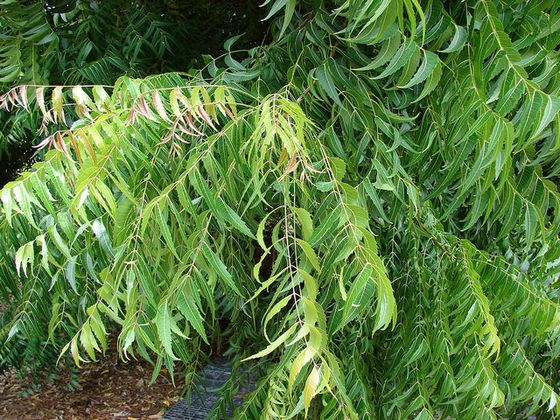 The leaves of a neem tree.   Photo: Forest and Kim Starr

The leaves of the neem plant are the most versatile and most easily available resource.

They do contain the same active ingredients as the seeds, just in much lower concentration.

Leaves are available all year round, since the neem plant is evergreen. (Seeds are obviously only available once a year).

It's easy to make your own neem home remedies from leaves.

Leaf pastes and extracts are used in skin care products, hair oils, in neem toothpastes and mouth washs, and they also have lots of medicinal uses.

Many herbalists recommend chewing the leaves, taking capsules of dried leaf, or drinking the bitter tea. The leaves cleanse the blood, help the gastrointestinal system (ulcers!), support the liver, and strengthen the immune system, to name just some of the most popular benefits.

Although the leaves of the neem tree have been used this way for thousands of years in India, I recommend you are careful when taking them internally. Neem is a very powerful herb. It's best to ask a qualified herbalist first, and to not take it internally over long periods.

However, the topical use of neem leaf extracts and leaf paste is safe. Skin care and the treatment of skin disorders is where the neem plant really shines.

Examples of such uses are scabies and acne treatment. 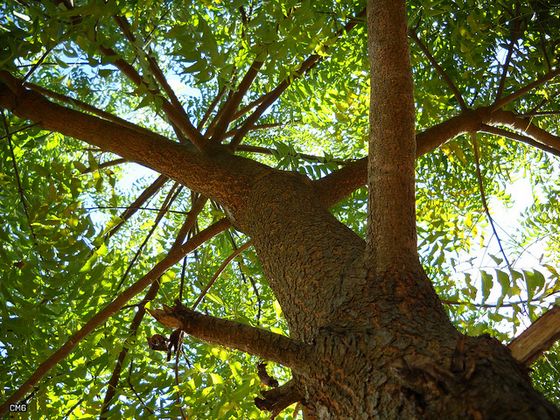 The bark on a neem tree.   Photo: carrotmadman6

The bark of the neem tree is not used as much as the seeds or leaves, for obvious reasons. There is not as much of it, it does not regenerate as quickly, and it is slightly more difficult to use. Because of its dry and hard nature the ingredients are more difficult to extract.

However, in one medicinal field the bark is the recommended plant part to use. That field is dental care. The bark contains a higher concentration of active ingredients than the leaves and is especially high in ingredients with antiseptic and anti-inflammatory action. Neem bark is highly effective when treating gingivitis (gum disease).

Uses Of Other Neem Plant Parts

Here are some uses of the neem tree that receive less attention.

Chewing young, supple branches, and then using them as a toothbrush, prevents cavities and gum disease. Indian villagers have used this method for centuries. (Though in modern India neem toothpaste, mouthwashs, and bark powders are the preferred method.)

Neem cake is a strange name for the pulp that is left after extracting neem seed oil from kernels. It is indeed edible, at least for animals, and is sometimes used as fodder. However, the most common and recommended use is as a soil amendment and fertilizer. 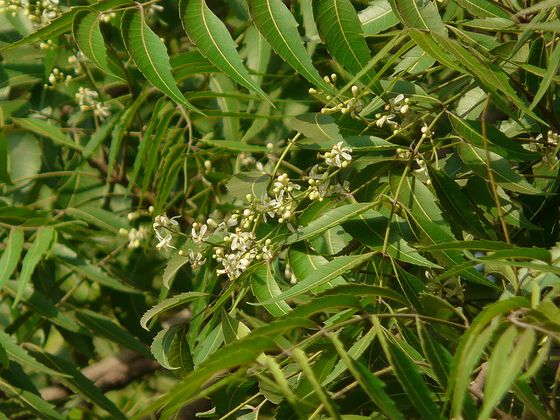 The flowers of the neem plant have a lovely, sweet, honey-like smell. It is quite intense, noticeable from a distance, but never overpowering. Bees love neem flowers and neem honey is popular. The flower oil is also used in aromatherapy and has a calming and restorative effect.

Other Interesting Uses Of The Neem Plant

Personally I consider that a very important use of the neem plant. It could have a huge impact as we try to halt the spread of the desert.

All parts of the neem plant are also very beneficial when used as mulch, as a compost ingredient or as a soil amendment. Neem can be used to reclaim marginal soils. It can bring acid soils back to neutral, the deep tap root can break through hard layers, mine the subsoil for nutrients and bring them to the surface. Growing neem trees improves the water holding capacity and nutrient level of soils.

Again, this is a very promising use of the neem plant in my eyes. It could make a huge difference, not only in third world countries, but also on our abused agricultural soils. However, there is less money to be made than in the natural health industry, so unfortunately you don't hear much about it...